I have two normalized angles (in the range of 0 to 360 degrees) and want to compare them using a score from 0 to 1.

I came up with the following code:

The issue I am having is that 0, 90 gives the same result as 0, 270 (0.75), which is logical but not useful for comparing the angles as they are pointing in opposite directions.

What I am looking for is a method to compare the angles with respect to the orientation using a score from 0 to 1. Does anyone have an idea how I could get this to work? Thanks in advance! 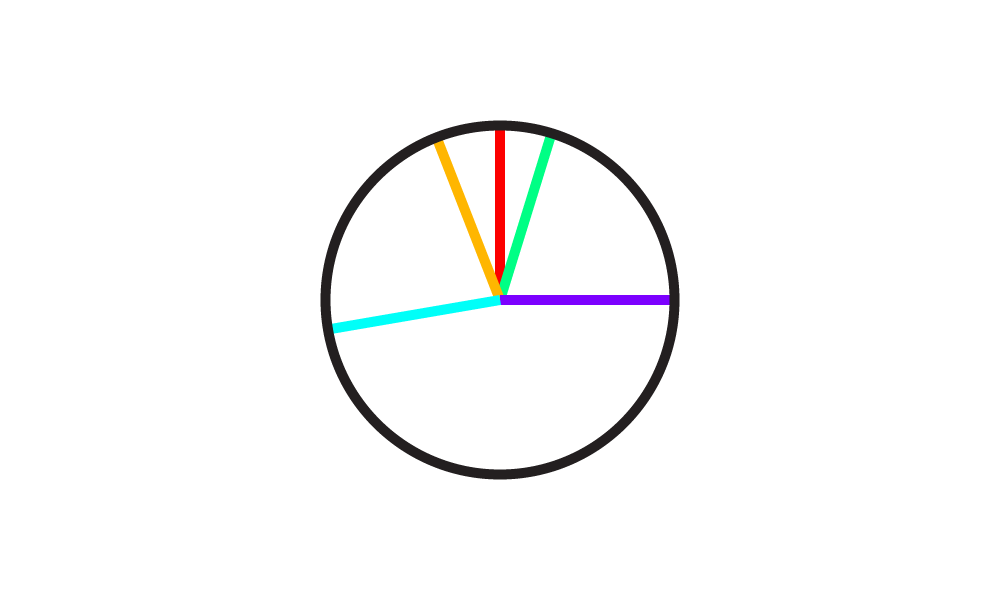 In this image the green, yellow and red angles are closer to each other, so they should have a higher similarity.

If I would guess:

Purple however is about as far from blue as possible.

Edit 2, how the algorithm should work: 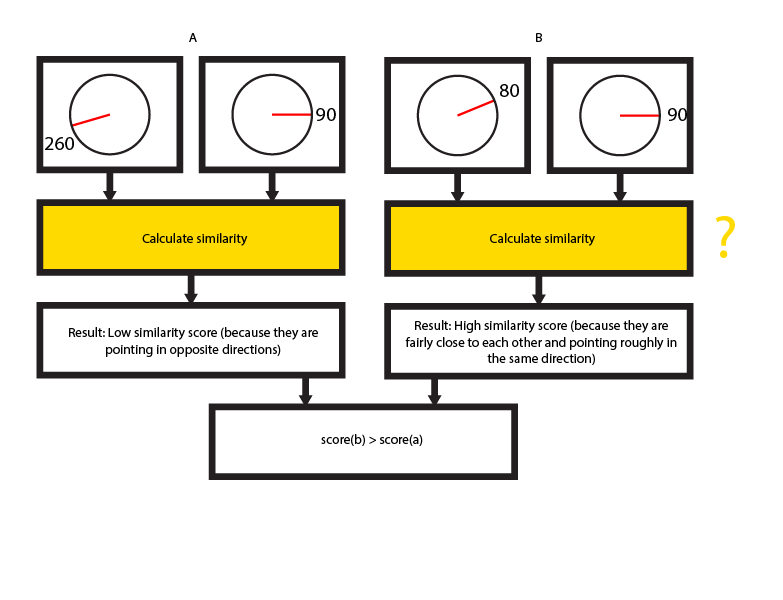 From your description, it seems you want to somehow distill average orientation and separation together into a single value. I'm not sure that's possible due to aliasing (which you hint at in your question).

Comparing a pair of angles as you describe is simply calculating their minimum angle of separation.

However, comparing two sets of angles in the way you describe also needs to take into account the difference in the relative orientation between the two sets. Since each pair could be converted to a [separation, orientation] pair, two pairs could be scored relatively based on Cartesian distance.