I have a SceneKit app with 2 .scn files in the art.scnassets folder. The base ship.scn that comes with the project, and a new file orcIdle.scn that I added myself.

When I call this code on this ship, it moves it properly:

When I call the same code on my orcIdle file, it places the orc exactly at (0,0,0)

here are screenshots of the file node:

This is the default ship file included in the project by Xcode.

This is my orcIdle file.

As you can see, it's the exact same code but 1 moves, and the other doesn't. Also, in the top right corner of the images, i can adjust the Z value there. It works for .ship, but not for .orcIdle.

Is it a scale issue? Any thoughts?

Here's a new screenshot with as much of the scene graph as I can capture. 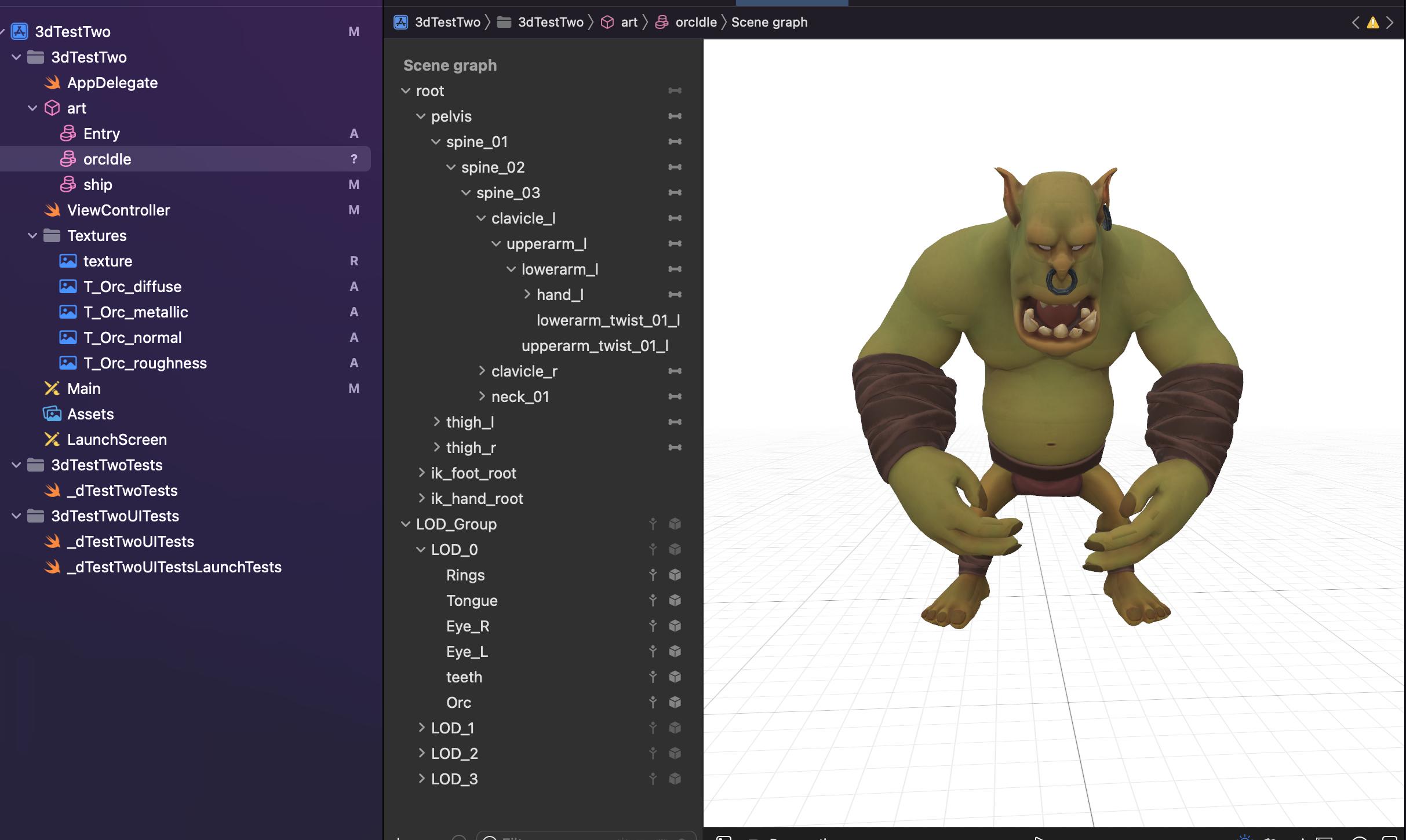 Usually, you must select a skeleton's top hierarchy (like root node) to move geometry, since its mesh was bound to skeleton. If model's skeleton is considerably deeper in the hierarchy use .childNodes[x] subscript syntax to fetch a desired joint.

But a solution based on your .scn file is the following – create a topNode object and put root and LOD_Group inside it.