I'm making my first javascript game (Snake), and I've already finished most of it. Now I'm trying to add sound, but it's not working. I'm not using a server, I'm using a local html file.

This is the constructor method of the class where I'm trying to play a sound:

And later in one of the methods:

When the code runs, the new Audio runs without an error, but on the line play(), I get this error in the developer console:

There is a "Sounds" folder in the same directory as my html file, and inside that folder is Coin.wav, so I think the path is correct, but it just doesn't work. But when I go into the developer console, and go to the sources tab, I don't even see the Sounds folder listed, only the html, css, and javascript files are there: 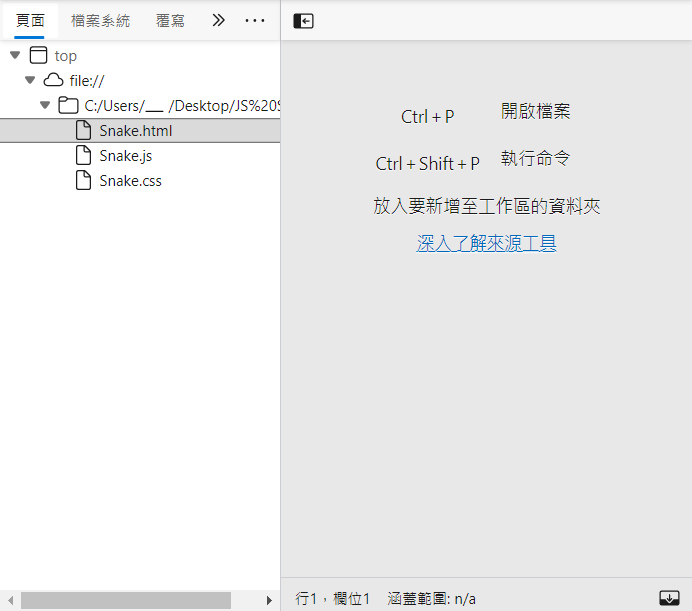 I have tried using the html tag like this:

Even this doesn't work, I see the controls show up, but it is greyed out and cannot be interacted with:

I have also tried replacing the backslashes with a normal slash (Because I'm not sure which one is correct in html), but this also didn't help. I have been trying to fix this for days, and I really have no idea what's wrong.