Displaying many high-resolution images on an HTML canvas (map tiling)

I'm using three.js to display a globe. At first, the image is low-quality, and as a user zooms in, the images become higher quality. This is done using tiling. Each tile is 256px x 256px. For the lowest zoom, there are only a couple tiles, and for the largest, there are thousands.

The issue is that the images are still low quality, even at the highest zoom. I think this is because of the canvas I'm using. It's 2000px x 1000px. Even if I increase this canvas, the image at its highest quality is 92160px x 46080px, which is too large of a canvas to render in most browsers.

What approach can I use to display tiles at high quality, but not have a huge canvas? Is using a canvas the right approach? Thanks!

I figured out a way of doing it, though I'm not sure it's a great approach. For every tile that needs to be displayed, I create a sphere. I make the sphere match the size of the tile on the map using phiStart, phiLength, thetaStart, thetaLength. Then I create a 256px x 256px canvas, put the tile image on the canvas, and put the canvas on the tile. Essentially I'm placing parts of spheres on top of a low-resolution sphere, which is the sphere that loads when the page is loaded.

The three.js documentation has a sphere you can test the variables on. Here's what the example above generates: 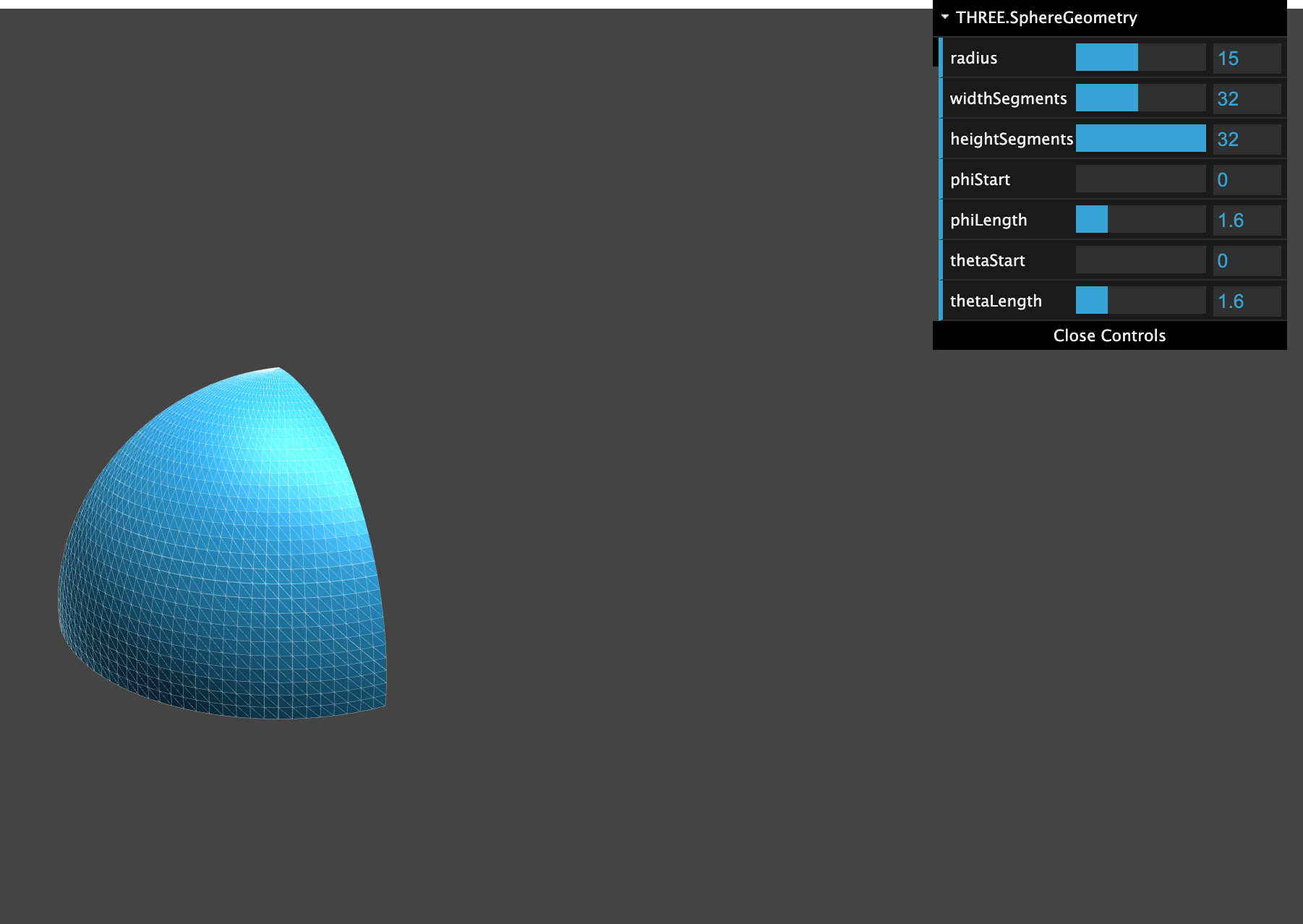